You are here: Home » About Yogalates

Yogalates™ is an internationally acclaimed exercise system which fuses the best of Yoga’s ancient spiritual practice with the core stabilizing and functional dynamics of Pilates.

Yoga dates back to around 3000BC and aims to create union between the body, mind and spirit and through this it improves overall wellbeing. Pilates, founded by Joseph Pilates in the 1920’s, is a system of muscular skeletal exercises and is the culmination of years of human endeavour to perfect body development and physical training. Yogalates™ is a complete and comprehensive fusion of Yoga and Pilates. It is an ever evolving method at the cutting edge of the latest medical and scientific research into how the human body functions during movement. It is a movement system that stretches and strengthens all the major muscle groups developing a streamlined slenderness rather than bulk. At the same time Yogalates™ has excellent therapeutic value for calming the mind and relieving stress. 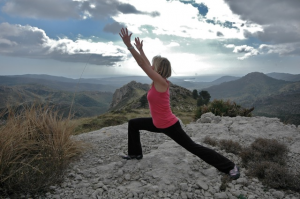 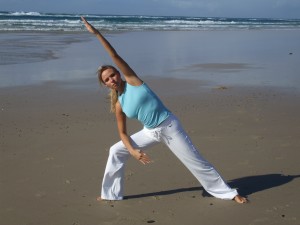 The creation of Solomon Yogalates™

Yogalates™ was founded by Louise Solomon, who formulated the method after discovering the benefits gained from Pilates in rehabilitating an injury she sustained from a strong Yoga adjustment. Louise trained and taught Pilates for two and a half years but very much missed the ambiance of the Yoga room so she returned to her Yoga practice. Louise then began integrating Pilates into the Yoga room focusing on core stability as she felt this was lacking in her personal Yoga practice and training.

Louise Solomon became the first person to blend Yoga and Pilates and today is a recognised leader in holistic mind and body, health and fitness, with many instructional workout DVD’s and her Total Body Toner book being retailed around the world. However, since taking her method around the globe she discovered a gap in the exercise and preventative health care markets and over the past twelve years her work has culminated in developing a government accredited course to train others how to teach the Yogalates™ Method to the general public.

I am a certified 600 hour Soloman Yogalates™ Teacher and Trainer, having trained directly with Louise Soloman in Byron Bay at the Yogalates™ Training Academy Australia. I am the first Teacher Trainer to bring Yogalates™ to Mallorca and have been teaching both Open Class and Personal Training on the island for the last twelve years. I also hold degrees in both Holistic Nutrition and Sports Nutrition as well as a diploma in Stress Management. 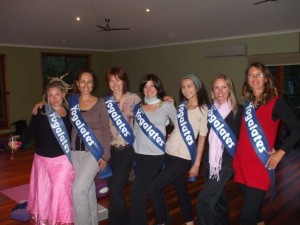